Composure is like the taming of wild horses. It is the pacifying of interferences, the mastery of the fluctuations of the mind these are the features of Composure.

Pratyahara, Composure
Pratyahara is the third limb of the six limbed yoga, literally translated pratyahara means absorption, withdrawal or retreat. In the context of Yoga the term denotes control over the senses, withdrawal into the pure mind, or isolation of consciousness from interfering sense impressions. The term composure is an apt description of this effort.

Body and mind are brought into accord by the practice of yoga. The body is strengthened, kept in a healthy state and cleansed from impurities. But also the inner world is enriched and empowered. Our self knowledge increases and mental skills are acquired that will enrich our lives and ease us when dealing with problems.

The five methods of pratyahara 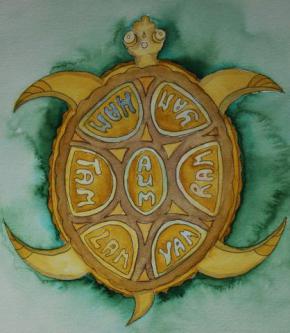 1.) The first method is the complete withdrawal of the senses from the outer objects during meditation. To practice it one should assume one of the yogic seated postures, practise Pranayama and in the subsequent meditation guide the attention inwards and let it come to rest for awhile, unaffected by interfering outer impressions, within the pure mind.​
Pratyahara is not practiced solely confined to meditation and during a certain time frame, but also in daily life when one is exposed to sense impression during one's daily schedule. The topic of the following three methods of pratyahara is how to  still the mind during daily activities:

2.) In the second variety of composure (pratyahara) the student of Yoga is trained to reflect on his own awareness and that of his environment as both being parts of one encompassing entity. The Yogi absorbs the surroundings into his own mind. If one does not cognize the environment and one´s awareness as separated, but as dependent and interconnected, the resulting composure and self reflection is different from the self awareness of the inward turned silence during the meditative composure. Sense impressions that are considered as outside interferences to meditation, are now reflected as being contained within the mind.

3.) The third method of pratyahara consists of the resolve to remain unaffected, during one´s daily activities, by the desire to be successful, as well as by the fear of failure.Abandoning desires and aversions, always remaining in a naturally relaxed state, accepting the fruits of one's activities whether they are pleasant or unpleasant, unreservedly and not judgmental, is the yogic practice.

4.) During the fourth method of pratyahara the training aims to achieve a balanced approach to sense impressions. The Yogis composure should not  depend on the desire for the pleasure derived from sense impressions, nor should the fear of unpleasant impressions disrupt his peace of mind. To achieve this, he reflects on the diverse sense impressions like pleasant and unpleasant sounds, smells and tastes as indivisible from his own mind. In this way he is training in equanimity (sama).

5.) The fifth way to practice composure is a concrete meditation, it consists of guiding the awareness one pointedly to one of 16 different vital energetic points, called foundations (adhara) that are located in the body, withdrawing one's attention from the other regions. This is done consecutively, beginning with the points located in the lower part of the body rising up to the top and then reversing the cycle, starting from the top down to the feet.

Pratyahara, (composure) dharana (concentration) and dhyana (immersion) are increasingly and more intensively concerned with transforming our processes of cognition, the cognising mind as well as the means of cognizing. The relation, the interplay, interweaving and unifications of three principles, namely the cognizer (pramatr), the process of cognition (pramana) and what is cognised (prameya) are explored.